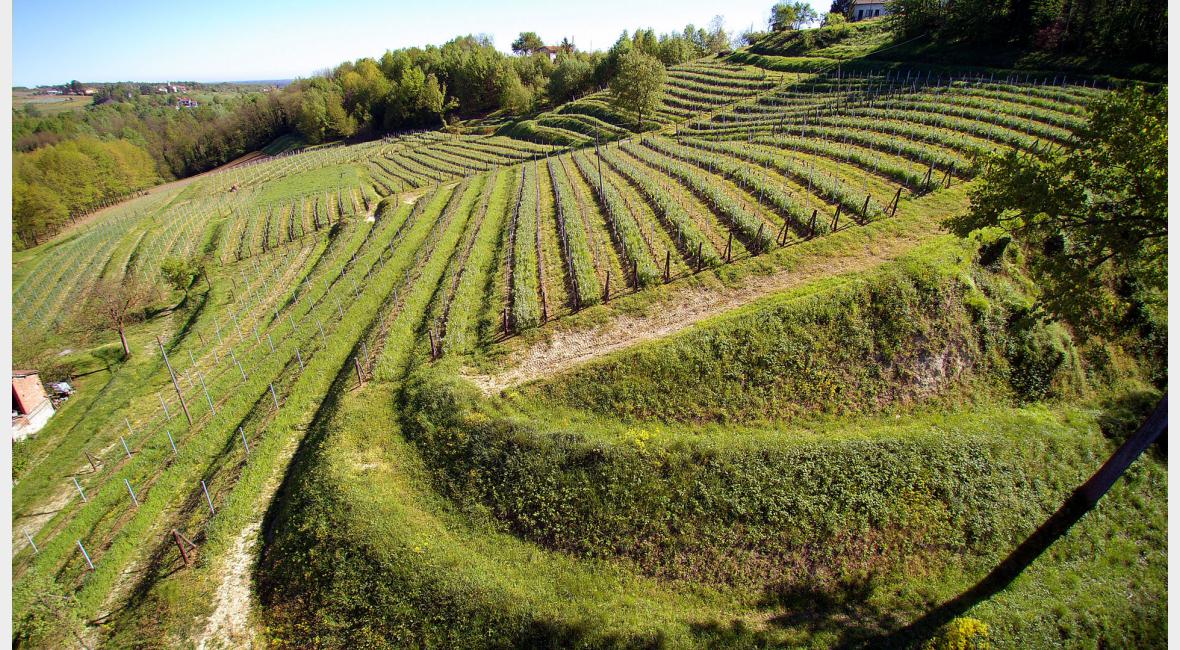 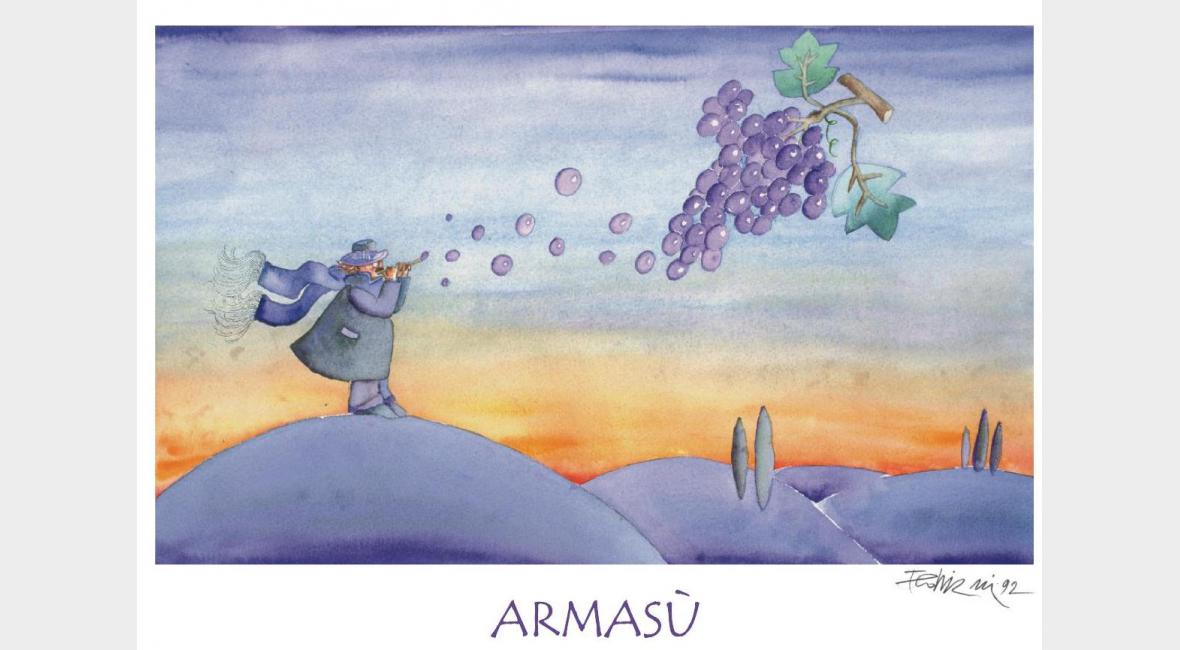 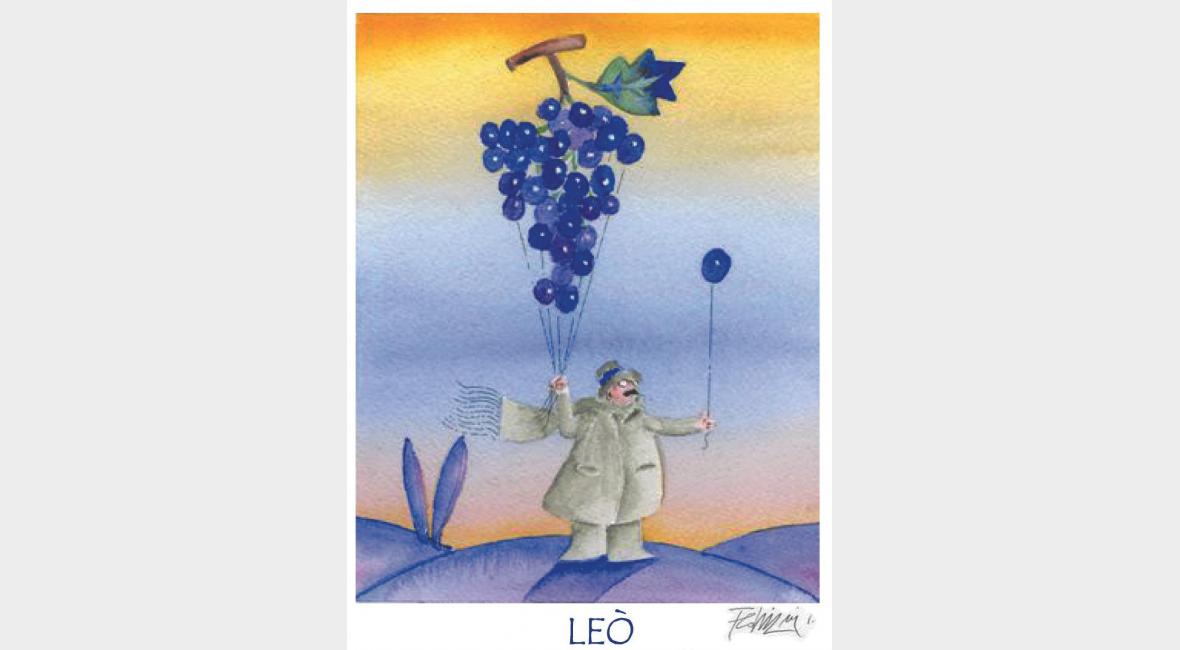 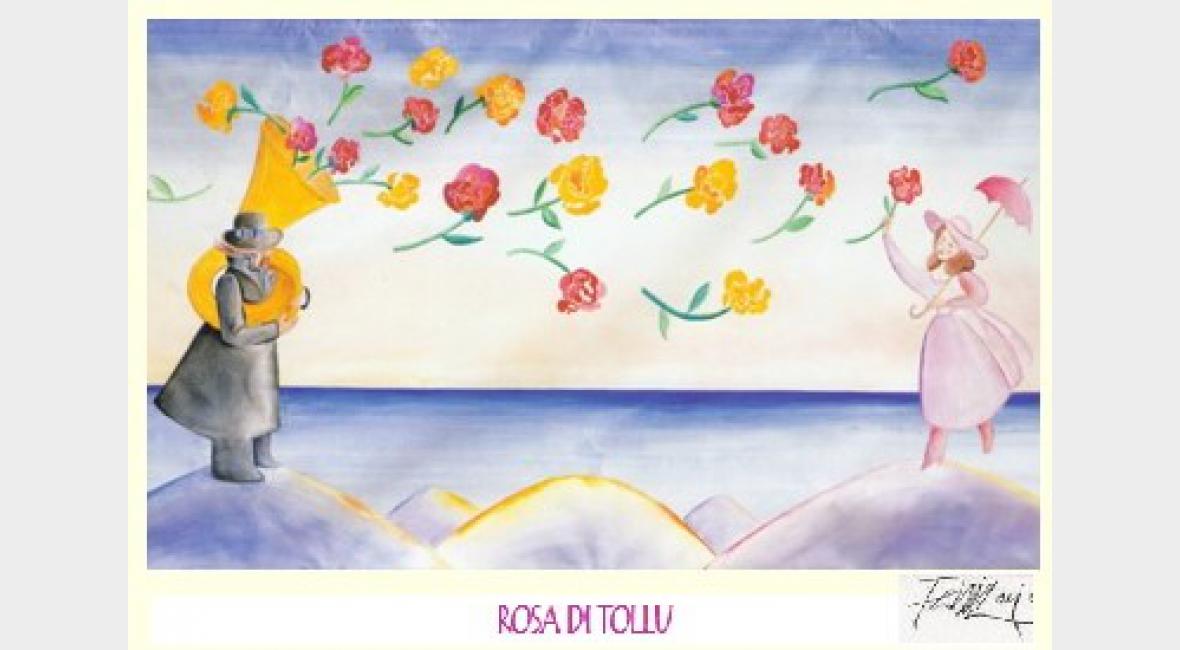 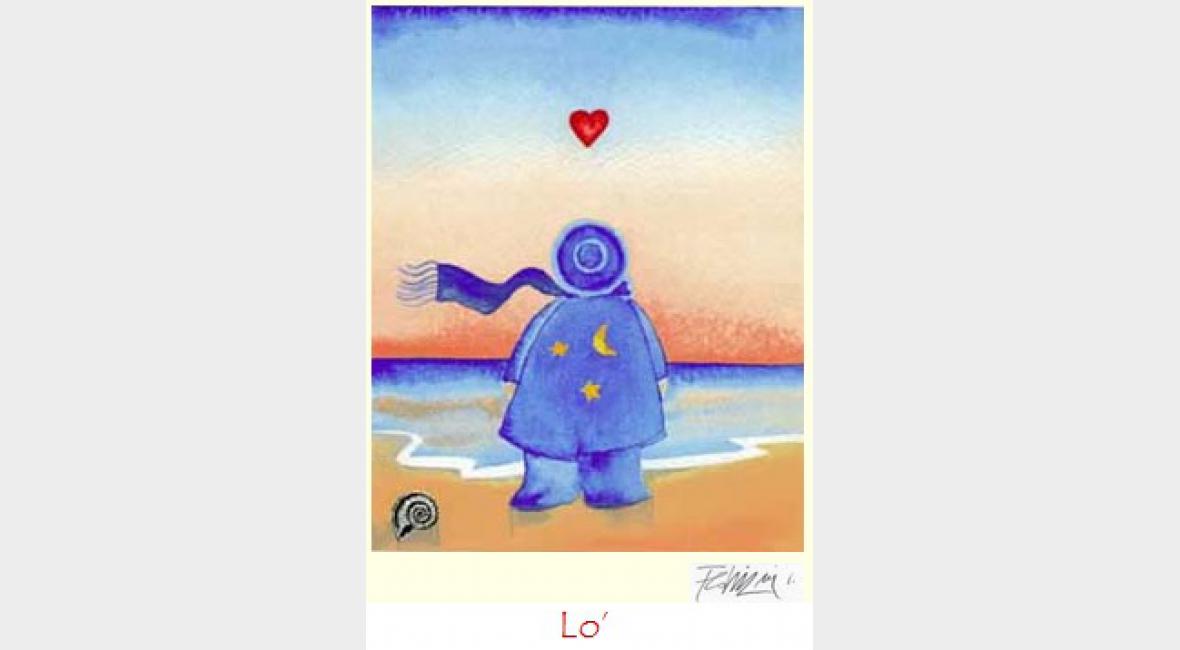 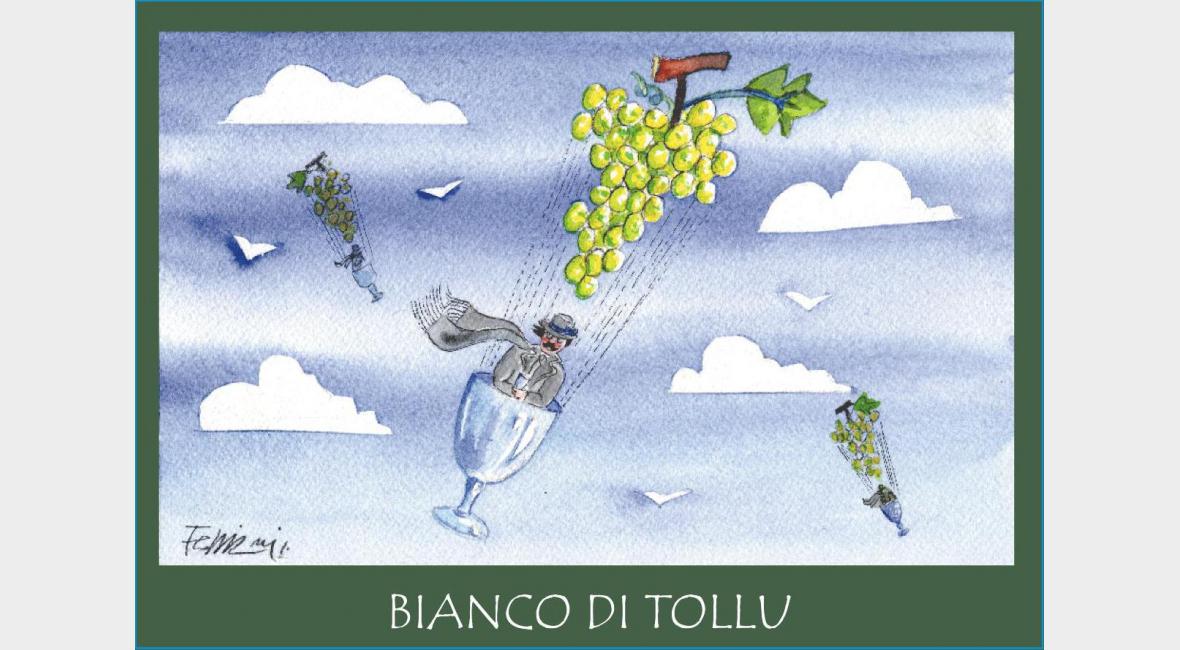 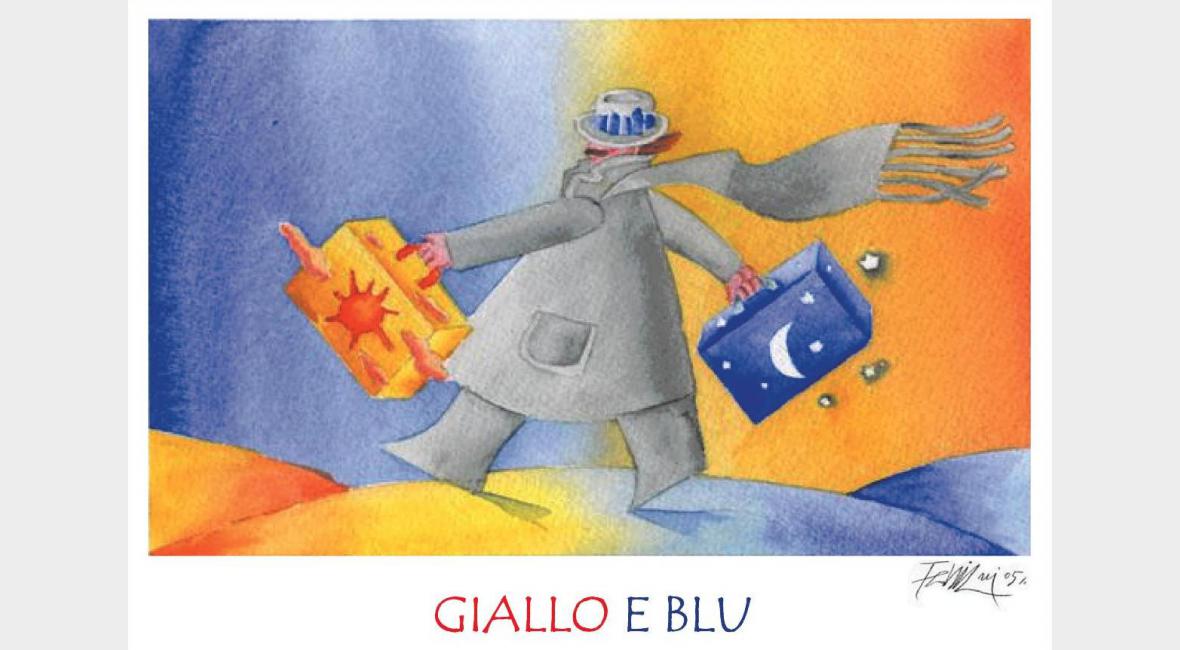 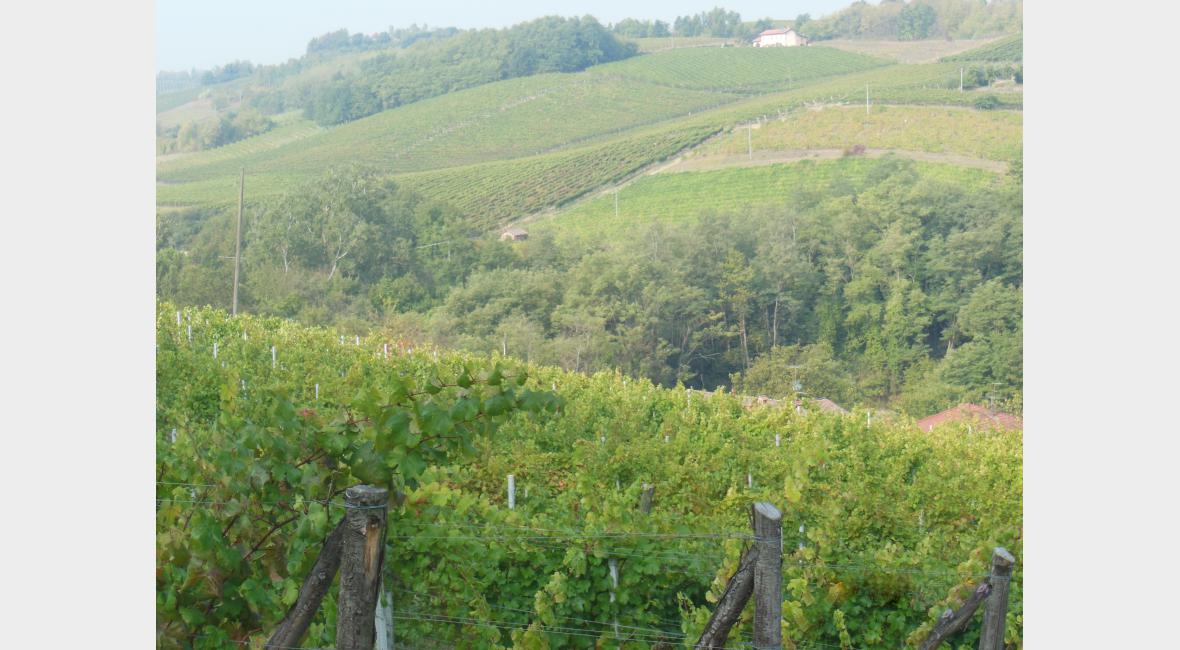 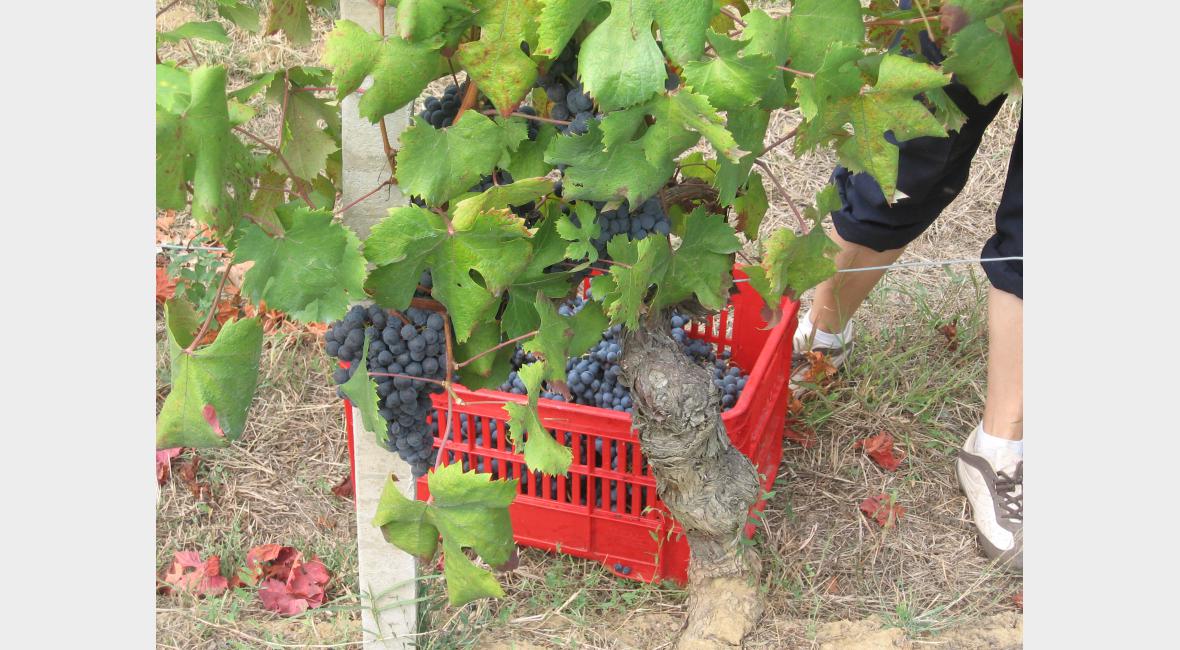 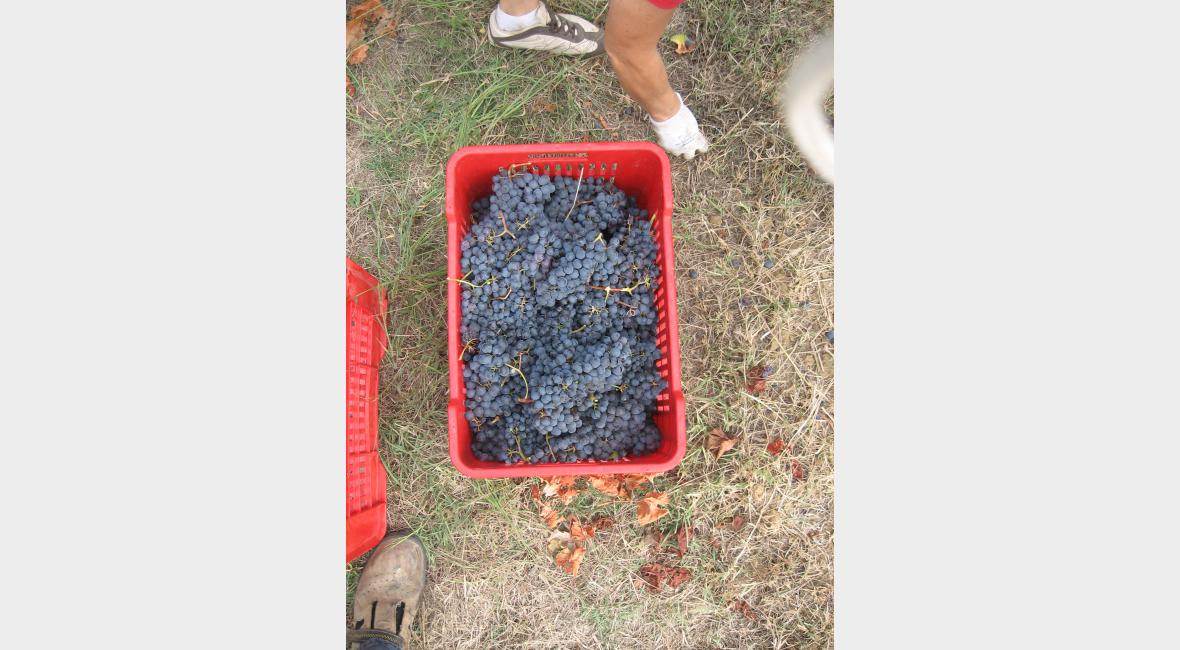 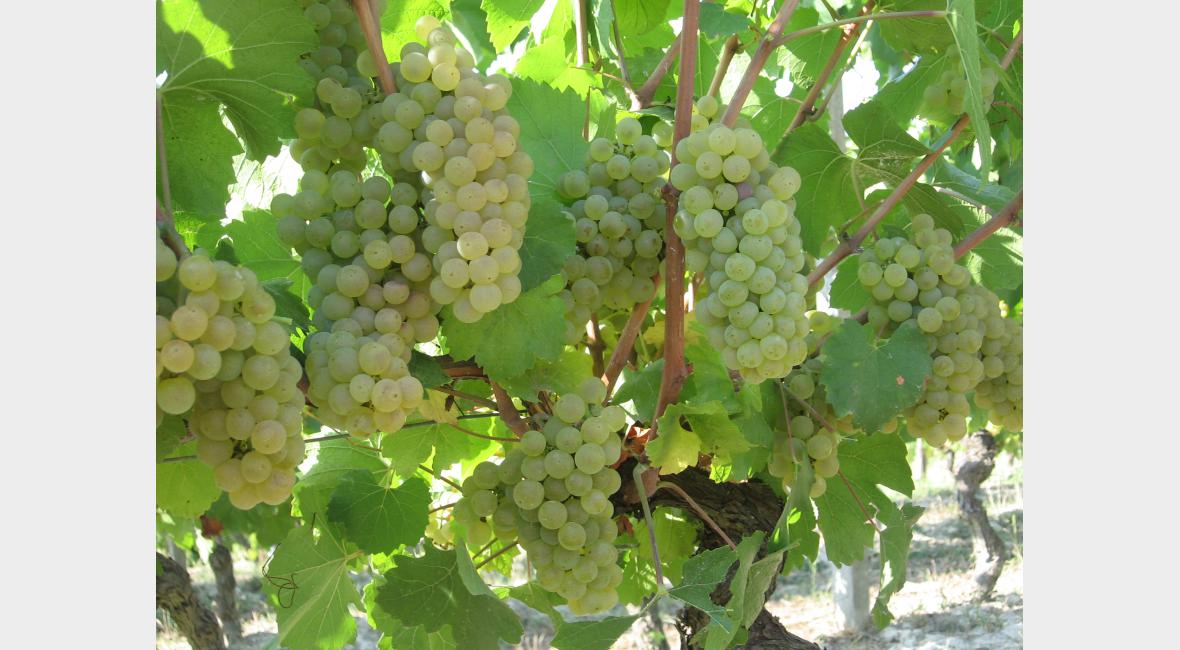 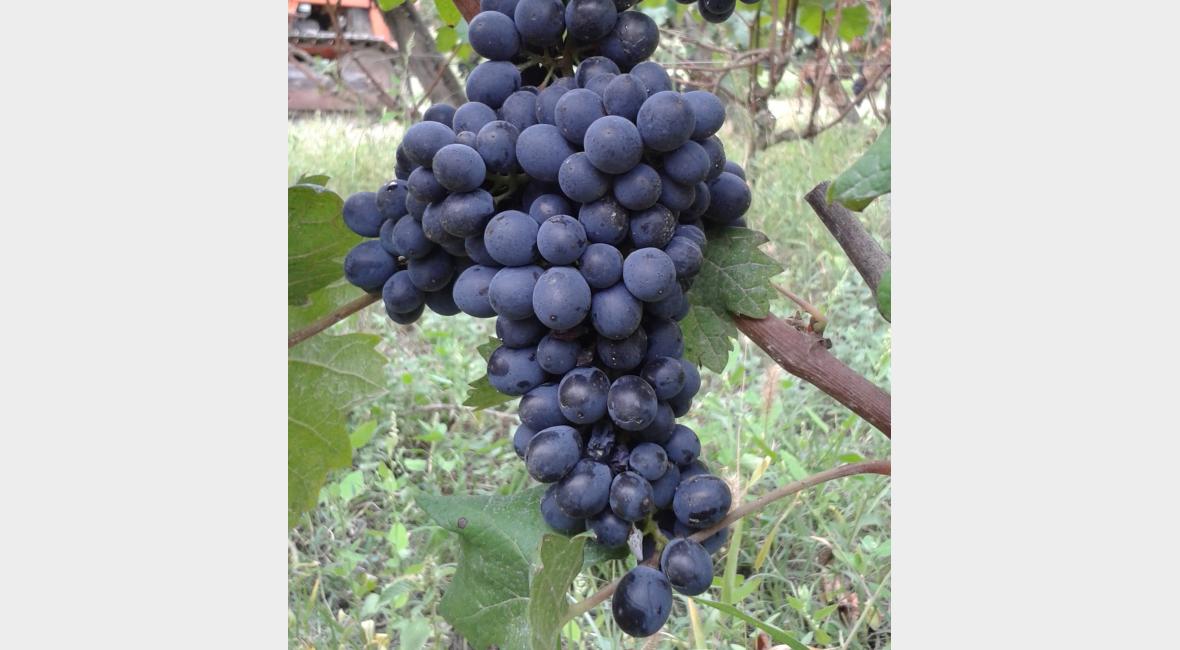 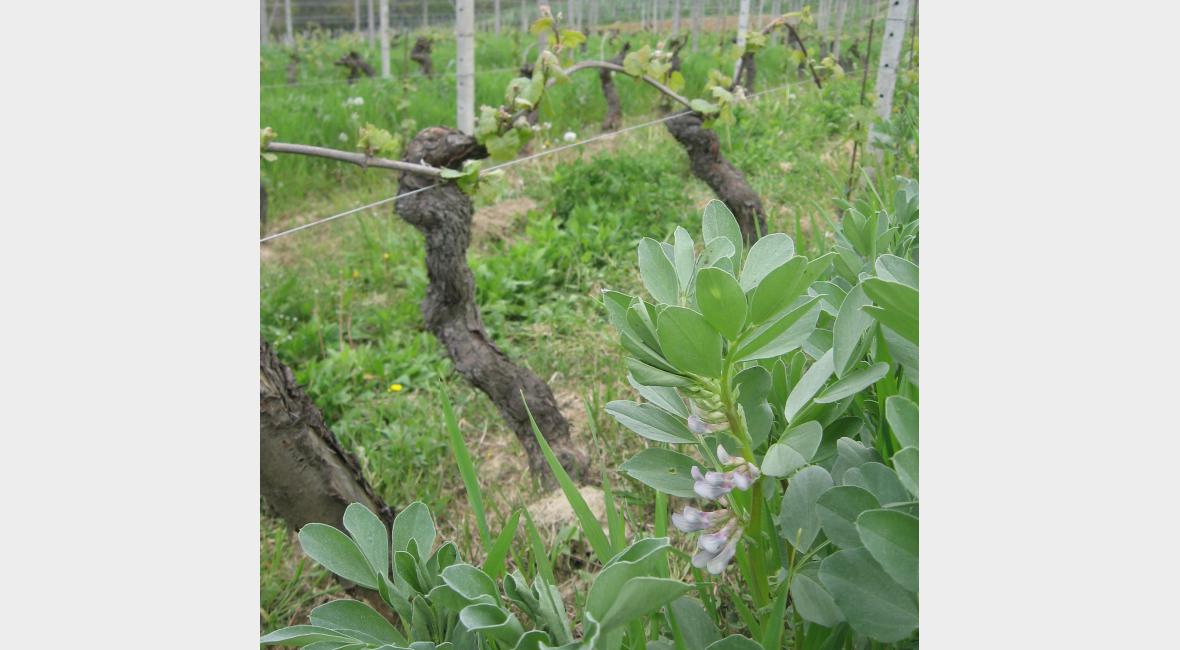 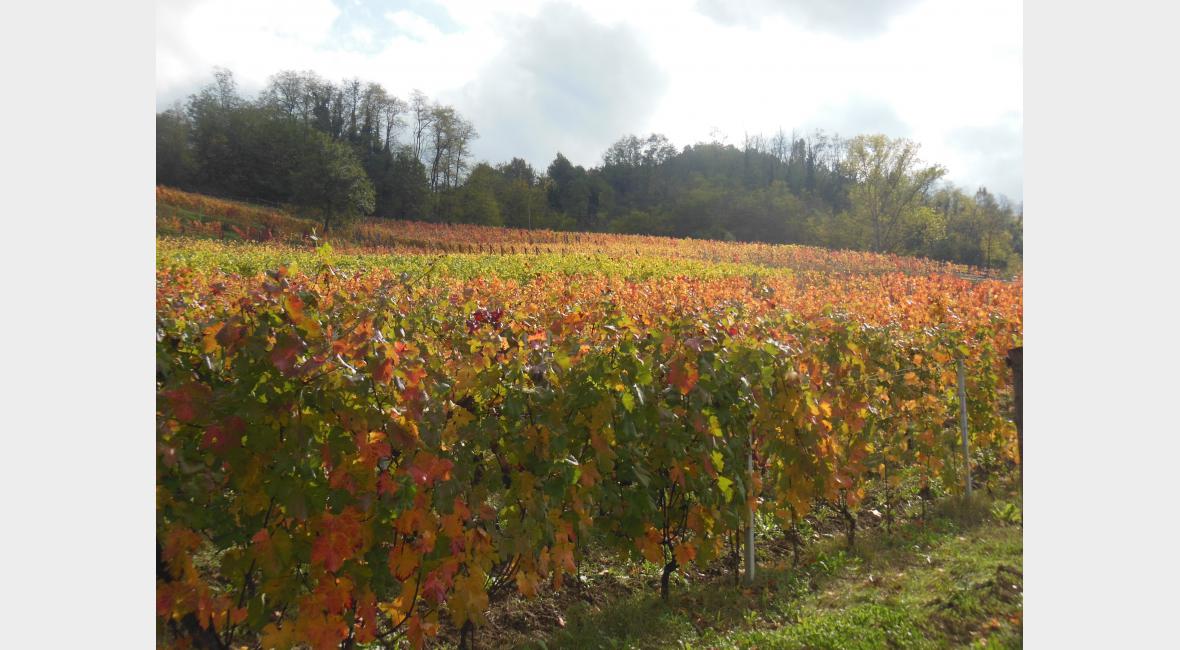 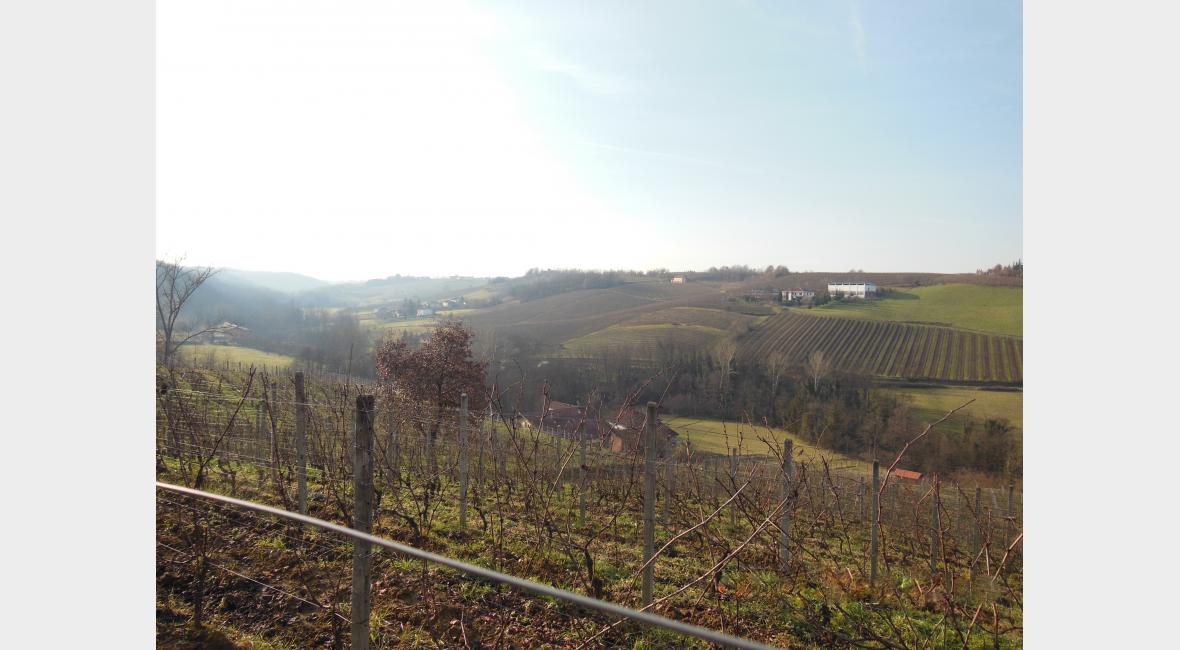 Genuineness and Balance: the principles of our work.

To respect them, in addition to paying constant attention to details, we have decided to keep in our vineyards only vines that express their best in our valley: Dolcetto, Albarossa, Chardonnay.

Here is the mainstock.
We see Dolcetto Ovada as a multifaceted wine, but with character: it depends a lot on the land on which it is cultivated, the exposures (Sorì) and the way in which the vineyards are managed. Our production is based on a mix that leads to a pleasantly fruity bouquet combined with a body structure that is nothing to envy from those grown in the Langhe.

Pure Dolcetto bottled from the spring immediately following the harvest without aging in wood.

Downstream from a vinification in stainless steel tanks, in spring we carry out a second fermentation in the bottle with the creation of a pied de cuve with a subsequent enlargement of the yeast population to the whole mass that we are going to bottle immediately. The grapes are harvested fully ripen and the wine has the peculiarity of combining a structure very close to that of an important white wine with a very light perlage resulting capable of accompanying an entire meal composed for example of white meats and vegetable dishes (even challenging) .

Stainless steel fermentation on the skin for old vines chardonnay, to be tasted...

Our vineyards are all located in the hills, in the Alto Monferrato, in Rocca Grimalda, near Ovada, they extend for about two hectares and are arranged in turn, i.e. following the level lines perpendicular to the slopes of the hill, in line with the ancient traditions aimed at fully exploiting the exposure (Sorì) of the slope and counteracting the erosive action of rainwater.

Part of the Dolcetto d’Ovada plots is in banks.

Our farms are all from the Guyot method, with a density of about 5500 vines per hectare, distance on the line of about 90 cm and between the rows of about 2 meters, we manually carry out dry pruning choosing the lengths of the shoot from 3 to 6 buds based on the vigor we find for every single vine from year to year.

Our strains of Dolcetto vines are over 35 years old.

According to the vintages, always hand picked, before harvesting we proceed to "throw down" or to thin out the bunches (green harvest) to allow those left on the vine to reach a complete maturation and a natural balance, in addition to pruning, of course. Green defoliation gradually during maturation to allow greater aeration of the foliage where it is needed (ie in the cluster area).

The harvest is always made in boxes, keeping the bunches intact and transporting them immediately to the cellar.

We carry out soft pressing and use cement barrels and steel barrels for fermentation, the first allow us a good thermal inertia, thanks to which on the red wine given the disproportion between the size of the barrel (much larger than necessary) and the volumes of wine in fermentation we operate in the absence of the cold chain.

Given the nature of Dolcetto, the main grape of our productions, we carry out some delicate pumping over by continuously guarding the mass in fermentation to guarantee airing able to lead to a bouquet of wine naturally having all the typical scents that characterize it.

At the end of the malolactic fermentation (in spring) for the Leò and the Lò, after adequate racking we start a selection of the vintage wine to refine on oak Tonneaux for a year and then bottle it and leave it to refine in bottles for at least another year .

For the Bianco di Tollu downstream of a vinification in stainless steel tanks, in spring we carry out a second fermentation in the bottle with the creation of a pied de cuve with a subsequent enlargement of the yeast population to the whole mass that we are going to bottle immediately.